We had us a small demo in Bessbrook last Saturday. Turned out to be small in many ways. But let’s say we were saved by the torrential downpour. I cannot remember ever getting so wet in such a short time. 3 minutes from dry to soaking to the skin. I don’t think I’d be wetter if I had jumped into a pool.

Nevertheless a few flights were had, toffees dropped and a few ooooh’s and aaahhh’s extracted from the public.

Oh, and flying on the back side of a large windmill is quite exiting with a small Spinning Birdy or Blaster. Talk about artificial turbulence! Sadly, the Spinning Birdy desintegrated in what I thought would be my highest throw! An almighty skrunch, and I got the feeling that all I had left in my hand was a wing. After the parts came down to earth, it became clear that the centrifugal forces of my throw had been enough to sever nose from center from tail.. Reconstructive surgery can be applied, but not today..

The 2010 BMFA IMAC Nationals has been and gone. What a weekend, crosswinds winds of up to 40mph, bitterly cold, heavy rain, but also lots of sun!! Typical Nats weather!! All in all a great weekend and a great result!!

Read the rest of the story here:

We had a great day at Delamont yesterday. Glorious sunshine and a gentle breeze, probably the best day of weather i’ve ever saw up there.

The pics are on my site.

Thanks to everyone who travelled to help out, Iain, Sean, David, Murray, Liam, Bernie and my dad.

Due to the presence of slightly less than 2 participants, it was more of less decided by those on the field that we’d just fly about a bit..

However, since Sean was the only one that took his heli almost completely out of the car, he must be the winner!

Anyway. have a look here for some real heli indoor fun! 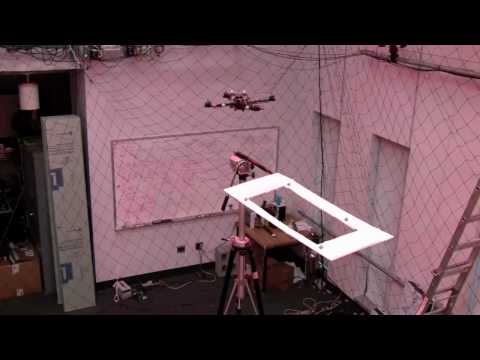 This was a competion the way competitions are supposed to be. Nice weather, lots of fun and just the right kind of wind for some entertaining flying..

All the participants of the 2010 NIAA funfly

Anyway, starting time was close as you can get to 10:00 in Banbridge. We flew 1 round, it’s enough, but not too much. Climb and glide is first. To hurry things along, and to cope with the ever increasing glide times, 2 pilots went up at the time. It worked out in a way that as soon as one contestant was down, the next one went up. Standards are improving, and everybody made it back to the strip. Annoyingly, Richards engine refused to quit.  I don’t think it actually improved the glide time, a slowly turning prop produces a lot of additional drag.. But, rules are sometimes rules.

Tripple Trash, should be easy 😉

It’s good to see that the majority flies consistant enough to get scores that are very close together.

Touch and Goes:  The wind was picking up, and sometimes planes did not want to come down, on other occasions they touched a wee but to hard. For the first time I don’t think we had any ripped out u/c or major disassembly.

Limbo, the wind had picked up enough to make the string break itself. So a stronger bit of yarn was employed. It was more like an arrestor wire, as some found out the hard way 😉

All this translates in:

Congratulations to the winners, and lets do this again, some time soon 😉

Paul has a few goodies for sale!!

It’s that time of the year already, longest day and that means we are hosting the area-funfly!

The rules are simple, just have fun!  If you need a reminder of the rules: have a look at here, and last years report is over  here.

Starting time will be 10:00 sharp, with a brief break for lunch when we’re hungry. Do bring something to put on the BBQ, no doubt it will be lit.

Hope to see you on Saturday! (for those of you who can’ remember where we are: Here’s a hint

…bad actor that is.  I fitted a micro camera to my Blaster and had a fling in the mountains. (Yellow Road, my favourite spot). The memory card only held 4 minutes video, so I had to make short flights and copy the files to my laptop all the time. This problem has been fixed in the meantime, I now have over an hour recording capability. Anyway, the video below is nothing more than proof of concept and a test to see where to best mount the camera. In most of these clips, the camera was mounted under the wing, looking forward 45 degrees and slightly down.  There were also a couple of lads playing with their paragliders, you can see one of them flying about. Later on they managed to gain a lot of height, and went for a stroll direction Rostrevor.
END_OF_DOCUMENT_TOKEN_TO_BE_REPLACED

You have to go to Imac-NI to get the official stories, but a picture tells a thousand words..  That’s 3  clubmembers on the 1st place on the podium.

Not a bad result 😉